Eli and I went to the local “sports” center for an early morning ride around the go-kart track. First run, we took a tandem with a dummy steering wheel for him. He was not fooled, but he had lots of questions for me as we went around the track a few times.

When we stopped, he got to hop into a single car (kiddie version, speed limited) and looked at me in disbelief. Once the guy rolled him out onto the track and started the motor, he was all business. After the fact, I asked if he ever hit the brakes – he said “No, but I didn’t push the gas all the way at first. I did later, though.”

The last time he had full autonomy in a motorized vehicle, it was a battery-powered Jeep toy and he didn’t use his hands.

He’s been very adept on his bike (riding without training wheels since he was 4) and learning various other riding contraptions. Also, my dad lets him steer the tractor when they ride around together, but he’s aware that Papa has control, ultimately. This was his first time with full control, and he ate it up. Stayed between the walls, too!

Year of the Monkey

Eli will love to hear about this. He is a tiger, I’m a dog, and Jennie falls under the year of the ox. According to some random internet page, the entire year of your Chinese zodiac sign is unlucky, unless you wear something red given to you by an elder. I wonder if I am considered an elder yet…

Here’s to good luck, health, and happiness to my friends and family in the year of the monkey.

Well, it sounds good, anyhow. My primary focus this year will be on setting up for the future. I feel like we’ve been forced to react to things a lot in the past year, starting with a broken knee cap at the end of 2014. There was a compounding effect, and while it seems like I’m prone to whine these days, it was not the easiest year by a long shot.

In reality, there is room for a bit of a shift in perspective. My plan for this year is to move forward in a more positive manner. I bemoaned a lot of what was happening this past year, but we’re through the woods on a lot of it, and while we leave 2015 with a significant loss, we have the prospect of some significant positives in the coming year.

It’ll all start with a donation to a benevolent fund for animals in Jennie’s mom’s name, which she would have loved. She will help some animals even now. If things go as we expect, we’ll be able to shore up some of the remaining trouble spots in our house as well We like the place, but new siding or paint should make a big difference.

We’re in a purge cycle with regards to junk we’ve carried from house to house. And now we’re tasked with clearing out another house which has at least 2 houses worth of stuff packed into it. It’s daunting at the moment, but each time we dig through, we find more useful stuff or memories.

Eli kicked off his return to kindergarten with his BB-8 robot at show-and-tell. He got to show how he can make it move in any direction, say things, light up different colors – and he was in his glory. The first half of his first year of kindergarten has been a serious success and we expect more of the same as he finishes up and then moves into 1st grade. He’s in ninja training classes with Connor and might get into soccer or legitimate music classes this year as well.

I ended the year by losing 5 pounds. We’re all going to put more attention toward getting more healthy, and my take in that is “aggressive weight management” as required by my new doctor. I’d like to finally get under 200 pounds for the first time since my 20s. I need to burn fat and gain muscle. The yard should provide some earthy exercise this year.

Philosophically, there’s only so much I can do in a day. Work is a challenge, but I need to contain that to a reasonable work day. I’ll need to focus more and get more done, but I’ll probably also need to find a new career sometime this year.

At home, we need to walk Jolene, start some kind of routine at the YMCA, eat better food together at the table, and sleep better. I work better with a routine, or boundaries, so it’ll be pretty imperative to establish those early.

It’s been a while since I last posted an update. It’s partially laziness, partially forgetfulness, and partially because there’s been a ton happening.

Most significantly, Jennie’s mom died. This was something we were aware could happen at any time due to her numerous, chronic medical conditions. It was a daunting list, and despite semi-regular visits to the ICU, she was able to circumnavigate the crises and emerge.

In this case, she had most recently gone through a round of cancer treatments, and even thought she might start decreasing her pain meds. I visited her earlier that week and she seemed more lucid than she had just a week prior. Jennie visited later that week and got the same impression. She seemed better to both of us.

The reality of the situation is that she probably was not better. During my visit, she made a point of thanking me for all I had done, and letting me know that she appreciated all that Jennie had done for her as well. In the grand scheme of things, I didn’t do all that much. Jennie did sacrifice a bit, and we did augment our lives a little to fit her in when she needed us.

That said, she really lived by her own terms. We had very little actual impact on her decision-making, which makes her thanks pretty important in retrospect. It’s possible that she was aware of what was coming, and how soon, and she was doing some final accounting. She had lots and lots of friends who had weathered many storms with her, but I don’t know how much she was able to (or felt compelled to) thank them. She did let us know, unreservedly, that she appreciated us.

When my grandma was near her own end, her way of controlling the circumstance was to write out exactly how she wanted her memorial service and the subsequent dinner to go. She had the meals planned based on the time of year. I think Jackie didn’t want to risk leaving without saying thanks, and this was her method of preparation.

So, now we’re tasked with unwinding 70 years of avante garde living by a capable, kind, wacky, and utterly unique person. It’s a bit daunting, but we’ll muddle through with the help of a cavalcade of her lawyer friends (one of them let us know that the bankruptcy court in Rockford was shaken by the news) and our own inside woman at the bank.

I suspect as we get farther and farther from that very sad day and start to get accounts closed and items dispersed, that it’ll be less and less sad. I’m hoping we can start to focus on the fun stuff. The genuine, hearty laughs we had on so many Sundays at dinner. The way Eli would lose his mind when her car would roll into our old driveway. The way she could get Jennie to understand something without saying a word.

She definitely lived life on her own terms and it’s hard to imagine her not here. The loss will be apparent for the foreseeable future, but I cannot believe she’d want us to be sad. Especially Jennie.

I was a pretty lucky kid. 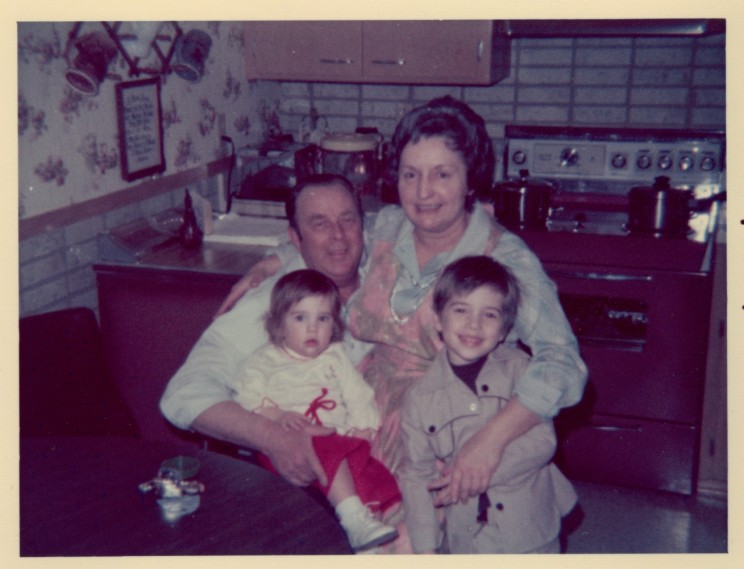 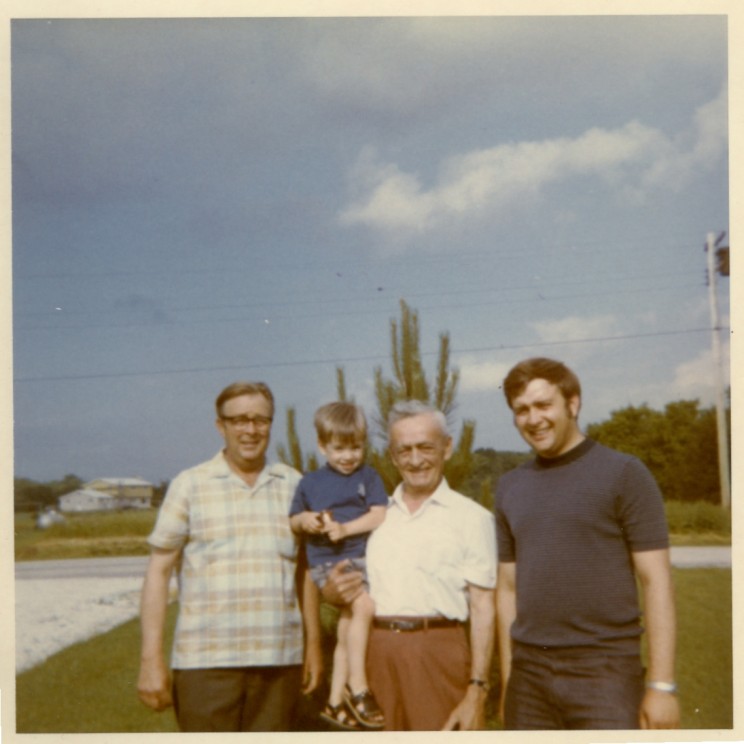